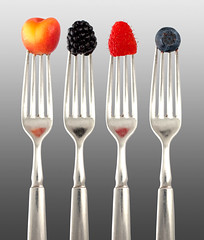 At the end of 2012, I had a few hints that things at Alfresco’s Activiti BPM group was undergoing some amount of transition: Tom Baeyens, the original architect and developer of Activiti (now CEO of the Effektif cloud BPM startup announced last week), was no longer leading the Activiti project and had decided to leave Alfresco after less than three years; and camunda, one of the biggest Activiti contributors (besides Alfresco) as well as a major implementation consulting partner, was making noises that Activiti might be too tightly tied to Alfresco’s requirements for document-centric workflow rather than the more general BPM platform that Activiti started as.

Since then, Effektif became Signavio Workflow and Camunda decided to use a capital letter in their name; what didn’t change, however, is that as the main sponsor of Activiti, Alfresco obviously has a need to make Activiti work for document-centric BPM and skewed the product in that direction. That’s not bad if you’re an Alfresco ECM customer, but likely was not the direction that the original Activiti BPM team wanted to go.

Last month, I heard that key Activiti people had left Alfresco but had no word about where they were heading; last week, former Activiti project lead Tijs Rademakers and Activiti co-founder and core developer Joram Barrez announced that they were creating an Activiti fork to form Flowable with a team including former Alfresco Activiti people and other contributors.

To be clear to those who don’t dabble in open source, forking is a completely normal activity (no pun intended…well, maybe only a little) wherein a copy of the source code is take at a point in time to create a new open source project with its own name and developer community. This may be done because of a disagreement in product direction – as appears was the case here – or because someone wants to take it in a radically different direction to address a different need or market.

Alfresco’s founder and CTO, John Newton, posted about the team departure and the fork:

Unfortunately, some of my early friends on the Activiti project have disagreed with our direction and have taken the step of forking the Activiti code. This is disappointing because the work that they have done is very good and has generally been in the spirit of open source. However, the one thing that we could not continue to give them was exclusive control of the project. I truly wish that we could have found a way to work with them within a community framework.

This seemed to confirm my suspicion that this was a disagreement in product direction as well as a philosophical divide; with Alfresco now a much bigger company than it was at the time that they took Activiti under their wing, it’s not surprising that the corporate mindset wouldn’t always agree with open source direction. Having to spend much more effort on the enterprise edition than the open source project and seeing BPM subsumed under ECM would not sit well with the original Activiti BPM team.

Newton’s comments are also an interesting echo of Barrez’ post at the time of the Camunda fork. In both situations, a sense of disappointment – and maybe a bit of betrayal? – although now Barrez is on the other side of the equation.

Flowable was quick to offer a guide on how to move from Activiti to Flowable – trivial at this point since the code base is still the same – and Camunda jumped in with a guide on moving from Activiti to Camunda, an update on what they’ve done to the engine since their fork in 2013, and reasons why you should make the switch.

If you’re using Activiti right now, you have to be a bit nervous about this news, but don’t be.

In the meantime, Flowable has released their initial 5.22.0 engine, and have plans for version 6 by the end of November. They haven’t published a product roadmap yet, but I’m expecting significant diversions from Activiti to happen quickly to incorporate new technologies that bring the focus back to BPM.

Note: the photo accompanying this post was taken by my talented photographer friend, Pat Anderson, with whom I have eaten many delicious and photogenic meals.

2 thoughts on “Another rift in the open source BPM market: @FlowableBPM forks from @Alfresco Activiti”