Although I haven’t yet written a whole book of my own, I’ve contributed to a few of them. 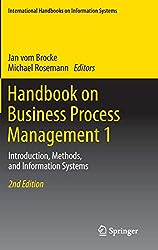 The Handbook on Business Process Management (this is the 2015 edition, an earlier version of my chapter was also published in the 2010 edition) is a textbook targeted at both academics and practitioners, and used as a textbook in graduate BPM studies. I wrote a chapter called “Business Process Management and the Social Enterprise” that covers a lot of my original thoughts on how social software and enterprise BPM were coming together. I first started writing and presenting on this topic in 2006 — long before the larger analyst firms “discovered” social BPM — and it’s still a passion of mine.

This is volume 1, with an introduction to BPM by some of the industry leaders, then sections on methods and process-aware information technology. At the time of the first edition, I had just started attending the academic/research conference on BPM, and was pleased to have met many of the academic researchers who also contributed to it. 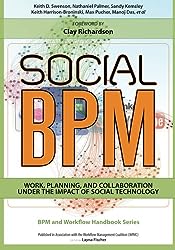 Social BPM had become a hot topic by 2011, and I contributed the chapter “Leveraging Social BPM for Enterprise Transformation”. The content is similar to that in the Handbook on BPM (above), although this is styled more for an enterprise market than an academic one. Most of the contributors to this are from industry, either BPM software vendors or their clients, so it presents a more practical look at social BPM use cases.

This was the first WfMC-associated publication that I contributed to, although not the last. 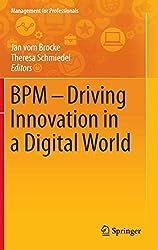 In addition to updating my contribution to the Handbook on BPM in 2015, I wrote a chapter for BPM — Driving Innovation in a Digital World entitled “Emerging Technologies in BPM”. In this section, I wrote about other technologies that impact how we work: mobile, cloud, social collaboration, distributed co-creation, event, big data and analytics. I tied these back to BPM by examining social BPM (social interaction as well as social production), dynamic processes and “smarter” processes that embody analytics and automated decisioning. I also covered a topic that I’ve written quite a bit on: cultural changes required/driven by social and dynamic BPM.

This book was initiated at the European BPM Round Table in 2014; I didn’t attend the event but had had previous interactions with the editors that led them to invite me to contribute. 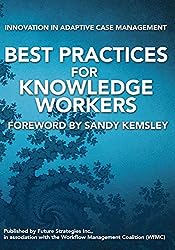 In 2016, I was honoured to be awarded the Marvin L. Manheim award for significant contributions in the field of workflow, and in that context was asked to write the foreword for a new book from WfMC on Best Practices for Knowledge Workers. I obliged with a section called “Beyond Checklists”, calling for more intelligent adaptive case management to drive innovation while maintaining operational efficiency. This book is filled with insightful, practical advice from a wide variety of contributors, including both vendors and enterprise practitioners. 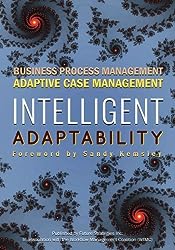 Obviously my topic struck a note, since the 2017 WfMC book is Intelligent Adaptability: Business Process Management, Adaptive Case Management. I contributed a chapter “Machine Intelligence and Automation in ACM and BPM”, which they liked well enough to promote it to the foreword for the book. As with their 2016 book, this one has contributions from many well-respected people in the industry, including both essays on knowledge work and case management, and award-winning case studies.

You can find all of these on my Amazon author page.

I contributed to a special issue of the Cutter Consortium’s IT Journal in 2010 on BPM as the missing link between business and IT: my section is “Runtime Collaboration and Dynamic Modeling in BPM: Allowing the Business to Shape Its Own Processes on the Fly“.